Major Nelson has confirmed that the FREE Games with Gold game for July is in fact NOT Assassin’s Creed 2 or Halo 3, but some cheap nasty Xbox LIVE Arcade game instead. Defence Grid The Awakening will be free on the marketplace for Xbox LIVE Gold Subscribers today.

Major Nelson tries to defend the E3 Press Briefing which heavily misled press and gamers to believe that the Games with Gold would start with Assassin’s Creed II and Halo 3.

FAQ: “Halo 3” and “Assassin’s Creed II" were mentioned as part of the program – no date was given for their release http://t.co/vjnE1sBAYj

However, from the video clip of E3 below, the exact wording used to describe Assassin’s Creed II and Halo 3 as part of the Games with Gold was “and to kick off that program I’d like to share just two of the titles we’re going to offer over the next few months – Assassin’s Creed two, and Halo three”

This week, according to MajorNelson, the Xbox Live Marketplace will kick off the “Ultimate Game Sale” and listed below are some of the upcoming titles that are scheduled to be discounted. There will be different titles on-sale at different times during the week, and keep an eye out on the dashboard or Xbox.com for more information daily over the course of the next week.

To read our review of each title, click the links where applicable:

Some of the titles listed were already part of a big Xbox Live sale during February this year which saw games discounted to around a third off their RRP Price, but still relatively more expensive than buying used.

Let us know in the comments box below if you’ve grabbed a bargain this week or likely to not bother? 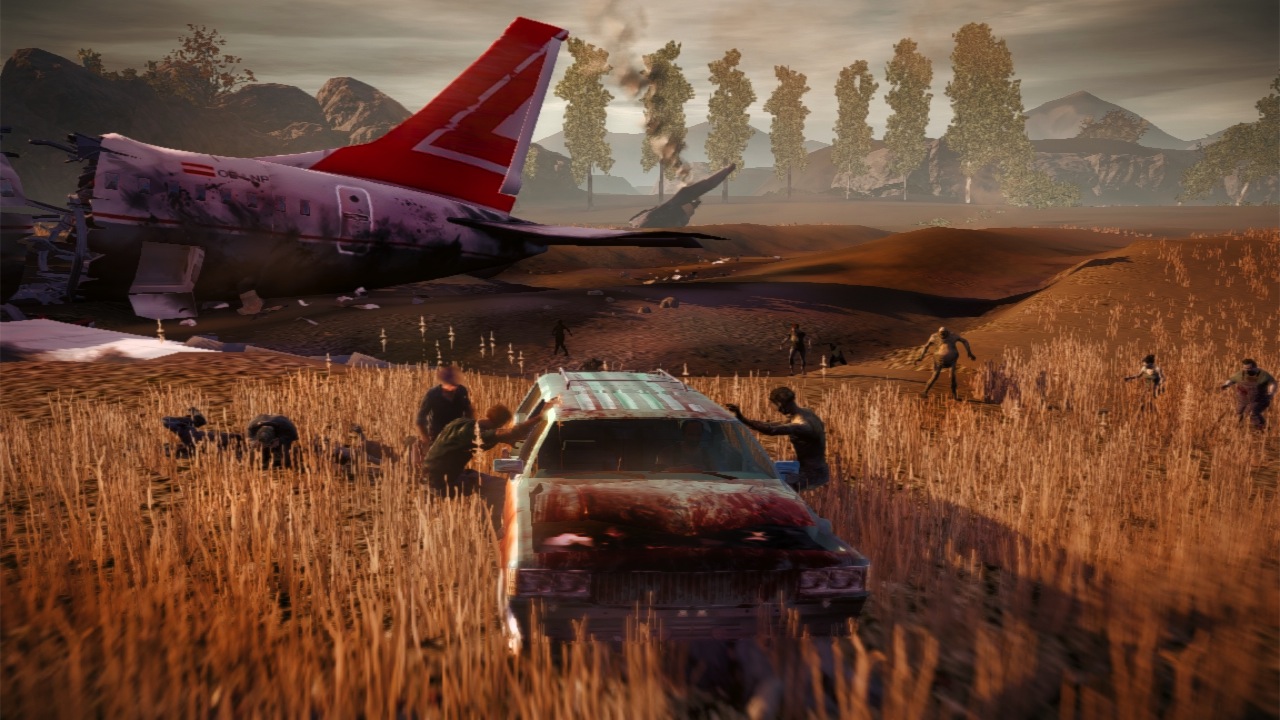 State of Decay – the massively popular best-selling Xbox LIVE Arcade title has been patched for the 2nd time and the update is rolling out now across Xbox LIVE. Below you will find a complete list of patch notes detailing story fixes and other noble improvements to the game.

Check out the latest trailer for PES 2014 from Konami.

Pro Evolution Soccer 2014 centers everything on the ball including how it moves and how players use it. First touch and sublime control are what set certain players apart from others. The ability to not only read a pass, but to be one step ahead and to know what is needed to gain yards on an encroaching defender. Trueball Tech allows the player to trap or knock on a pass using the analogue stick with detailed bar-centric physics determining the weight shift of the player and the height and speed of the pass, as to how the player’s body will automatically shape to receive it. The Pro Evolution Soccer series has long since treated the ball as an individual entity, allowing the player huge amounts of freedom to pass into space, run on to a knocked-on counter, or produces short triangular passes to make space. Trueball Tech adds even more freedom, with full 360-degree control within several yards around the player and the ability to shield the ball from opposing players, use deft controls to wrong-foot them, and intuitive methods to master close control.

Doodle Jump for Kinect blends the series’ traditional gameplay with a new and intuitive gesture and motion control system, delivering a completely unique play scheme that even veteran Doodle Jump fans will find fresh and engaging. It also adds a host of additional features, including three original worlds to scale, robust power-ups, and challenging boss battles and achievements. Together with its charmingly cartoonish characters and intuitive gameplay, Doodle Jump for Kinect is a play experience perfect for gamers of all ages.

Doodle Jump for Kinect is available now for download on Xbox Live as an arcade game for Xbox 360 for 400 Microsoft Points. Love it or hate it, you’ve not yet played it! But if you are looking forward to Microsoft’s new Xbox One console due for release this year – then show your support with a FREE Xbox One branded Avatar T-Shirt.

If you want to go right ahead and queue the freebie to your Xbox 360 console then click the links below:

The Male edition is here, and the female one can be found here.

Mastertronic in cooperation with Croteam and Devolver Digital, has announced the upcoming release of ‘The Serious Sam Collection’ a spectacular compendium of the iconic Serious Sam games on Xbox 360.

Described as a benchmark first person shooter, Serious Sam follows the adventures of Sam “Serious” Stone and his fight against the forces of the notorious extra-terrestrial overlord Mental who seeks to destroy humanity. The Serious Sam Collection contains some of the most legendary games in the series, allowing lifetime Serious Sam fans and newcomers alike a chance to blast through some of the most iconic shooters of all time. Fight off relentless onslaughts of outlandish enemies and revel in the gloriously over-the-top action that has become the trademark of the Serious Sam series.

The Serious Sam Collection will include:

When you next fire up Black Ops 2 on your console, a huge prompt will remind you of the Double XP weekend event so there is no excuse for forgetting soldiers…

The next Map Pack for Call of Duty: Black Ops 2, “Vengeance” will be available on the Xbox LIVE Marketplace from July 2nd and brings with it four new multiplayer maps, a new bonus weapon for Zombies, and a new Zombie playground to get stuck into!

Check out the recent trailer below: Although Xbox One App development is still unclear, Microsoft at the Build developers conference in San Francisco teased that Windows 8 Apps could run on the upcoming Xbox One console.

Xbox one has two engines, it’s got a gaming engine and it essentially has a Windows 8 engine … If you want to know about how to get a head start about thinking about developing for Xbox One, the logical thing to do is go build Windows 8 applications.

In addition, a new collaboration was announced with Unity Technologies, the provider of Unity multi-platform game engine and developer tools that will make it even easier for developers to bring popular games, entertainment and apps to all Microsoft platforms.

The latest update for Treyarch’s Call of Duty: Black Ops II has been given the green light and is available to download as of now when you next sign into the games servers. A complete list of updates and fixes is given below:

Mob of the Dead