If a Brazilian classification board is to be believed, then Bulletstorm has been rated and will be heading onto Xbox One as a remaster edition in 2017.

News of a Bulletstorm remaster first surfaced when images were found on a USB stick given out at an Xbox event during E3 2016, which Microsoft declined to comment on. With the backwards compatible program in full swing, is there really an appetite for all these remasters?

XCOM 2, the sequel to the Game of the Year award-winning strategy title has landed today on the Xbox One.  Announced by 2K and Firaxis Games, XCOM 2 allows you to take control of the Avenger, an alien supply craft converted into XCOM’s mobile headquarters. From here guide your strike force and build support as you fight to reclaim the Earth from the alien threat. Check out the official Console Launch Trailer below.

Earth has changed. Twenty years have passed since world leaders offered an unconditional surrender to alien forces. XCOM, the planet’s last line of defense, was left decimated and scattered. Now, in XCOM 2, the aliens rule Earth, building shining cities that promise a brilliant future for humanity on the surface, while concealing a sinister agenda and eliminating all who dissent from their new order.

Only those who live at the edges of the world have a margin of freedom. Here, a force gathers once again to stand up for humanity. Always on the run, and facing impossible odds, the remnant XCOM forces must find a way to ignite a global resistance, and eliminate the alien threat once and for all.

XCOM 2 is available now to buy and download from the Digital Store. For further news and information check out the Official XCOM 2 Website.

Like many people I have to say that one of my favourite Call of Duty games has to be Modern Warfare. Therefore I was excited to read the news that Modern Warfare would be remastered and bundled with the impending Call Of Duty: Infinite Warfare (well certain pre-orders anyway). So for all you fans, sit back and enjoy the Official Remastered Launch Trailer that has just been released by Infinity Ward and Activision.

Join Sergeant John “Soap” MacTavish in one of the most critically-acclaimed campaigns of all time with Call of Duty: Modern Warfare Remastered, including missions like Crew Expendable, Shock and Awe, All Ghillied Up, and Mile High Club – all remastered in incredible high definition for a new generation. Call of Duty: Modern Warfare Remastered is available with Legacy, Legacy Pro and Digital Deluxe editions of Call of Duty: Infinite Warfare and will be released on Xbox One and PC on November 4th. For more information check out the Official FAQ here.

We’re only a matter of days from getting our hands on Gears of War 4 – If you are looking for a new console, how about this? The Xbox One S Gears of War 4 Bundle, priced at £299.99, it comes comes with a 1TB hard drive, the new Xbox Wireless Controller with expanded range and Bluetooth support for Windows 10 PCs and a full-game download for Gears of War 4.

As an Xbox Play Anywhere title, owning the digital copy of Gears of War 4 lets you play across both Xbox One and Windows 10 PC, as all game progress, Gamerscore and Achievements are saved on and accessible through Xbox Live. Gears of War 4 also supports High Dynamic Range (HDR) on Xbox One S.

Prepare to be in awe as you check out the latest Titanfall 2 Cinematic Trailer to be released by Respawn Entertainment and Electronic Arts. This trailer is the official Single Player Cinematic and shows the true relationship between Pilot and Titan as they unite to overcome overwhelming odds.

A couple of weeks ago we announced a new expansion was coming the The Crew. Titled Calling All Units, the expansion would add law enforcement into the game and allow you to either run as part of your 510’s evading the cops or be the cops trying to shut down the illegal street racers. Well more information has now come to light on what the next expansion will include and just how you can get hold of it.

Currently the game caps out at 50 and to be honest it won’t take long to reach that, but with the introduction of Calling All Units this has now been increased to 60. However it won’t just be the expansion players that can reach this new level, players of The Crew, The Crew Wild Run, and The Crew Calling All Units will have access to the new lvl 60 cap from the go.  Experience will be gained in the usual ways:

But now with the addition of Police Chases thrown into the mix to add a little spice, mayhem and adventure there is even more ways to level up. The slight change comes when you hit level 51, as this is where you can start picking up Diamond Parts. Diamond parts will confer more than one bonus stat at the time, scaling from two bonuses at lvl 51 to all 4 (Acceleration, Top speed, Grip, Braking) bonuses at the same time at lvl 60. Therefore collecting and fitting these to your cars is essential if you want to achieve top performance.

Finally there is smart loot, which has undergone some minor changes as described below;

So that’s a brief summary of what to expect but the question is how do you get hold of it?

Players who don’t own The Crew will have the opportunity to grab the whole experience in one go, with The Crew Ultimate Edition. This includes The Crew, The Crew Wild Run and The Crew Calling All Units expansions, as well as all 19 cars from the Season Pass. You will be able to get it at your local store or online at the price of £39.99.

However, if you’re part of the 9 million players who already own The Crew, you can pick up The Crew Calling All Units expansion, available on all digital stores for the price of £19.99. This will come with The Crew Wild Run for free.

The Crew Calling All Units expansion is set for release on November 29th On PC and Xbox One. For further information about The Crew game check out the Official Website and at the same time why don’t you check out the announcement trailer below?

If you’re a keen player of the Hitman game and haven’t already noticed, the latest episode is now available to download. Hitman: Episode 5 – Colorado is the penultimate Episode to come from Square Enix and Io Interactive and takes Agent 47 to a Colorado farm compound that has been converted into a private militia training camp. Here you will need to infiltrate the farm and locate and take out four targets.

Michael Vogt, lead writer of HITMAN explained “This is the point where the events of the previous episodes will really start to make sense. In Episode 5, the story steps into the foreground and provides a much clearer picture of what has been unfolding and where the story is heading. We hope players don’t reveal too many spoilers online, but at the same time I’m excited to hear the reactions to the revelations of this episode. It paves the way for an intriguing and rewarding season finale.”

As expected Episode 5 brings with it all-new opportunities and disguises, and with 70 different challenges unlocking brand new gear, weapons, and items, this episode will not only rewards players with some amazing equipment but will also reveal major story revelations as the season builds towards a thrilling climax. So we have been to Paris, Sapienza, Marrakesh, Bangkok and now Colorado. The season finale in Japan will arrive later in 2016. For further information about this and previous Episodes check out the Official Hitman site.

Dontnod Entertainment, after the success of Life is Strange, are busy working on their next project, Vampyr. They have teamed up with Focus Home Interactive to bring us some new screenshots of the combat side of Jonathan Reid’s exploration of Georgian Britain.

This action-RPG will see you wandering the flu-ridden streets of London in 1918. All manner of dangers lurk in the shadows as an epidemic of Spanish Flu sweeps the streets. From Vampire Hunters to mutated abominations, Reid will be faced with foes as well as friends on his mission to discover the truth behind his new affliction.

Armed with some conventional melee and ranged weapons, Reid will have to dodge and attack his enemy to fill up his Blood Gauge. This then allows him to unleash powerful Vampire attacks. From impaling enemies on a spike, to draining them of blood from a distance, as the Blood Gauge fills during a combat situation, his Vampire affliction will slowly start to overtake his more human side. This will unleash ever more destructive spells and abilities against those who are trying to stop him.

As with other RPGs, Vampyr will contain a skills-tree, unlockable as you progress through the game and as you gain more and more experience. As this skills-tree is non-linear, you will be able to equip these in any order, effectively allowing players to create their own archetypes to match their playing styles. Dish out more damage by playing aggressively or focus on crowd control and keep your foes at bay, Vampyr should offer tactical play as well as all-out action.

Combat difficulty can also be affected by player actions outside of combat. Feeding on civilians provides a huge XP boost, which makes combat situations much easier, but that will come with a cost. Increased danger on the streets and narrative consequences for the citizens are some of those costs.

Players will need to investigate who to take out for a bite, and who to spare individually. The conscious need to increase their strength must be balanced against the possible impacts on the story, if you decide to take the wrong character for a drink. Reid’s Vampire instincts are always working against his human side in Vampyr.

Vampyr is scheduled for a 2017 release on Xbox One.

If you preorder Disnhonored 2, you’ll be able to play the game a day earlier than everyone else. The game is due to release on November 11, so those who preorder will get to play on the 10th.

A new gameplay video has also been released, titled ’Kill the Grand Inventor’.

Watch as Emily Kaldwin navigates the grand inventor’s treacherous and intricate Clockwork Mansion using her supernatural abilities, weapons and gadgets – eliminating anyone who gets in her way.

Stay tuned tomorrow for ‘Save Anton Sokolov’ – a low chaos stealth and non-lethal playthrough of the Clockwork Mansion.

Here are this week’s games and add-on deals on the Xbox Games Store. Not too much this week, but there might be something for someone. 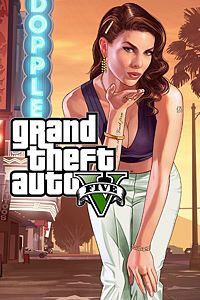 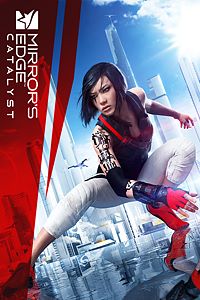 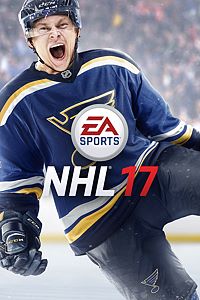 *These offers are valid for all Xbox Live members.
Please note: prices and availability are subject to change and may vary by region. 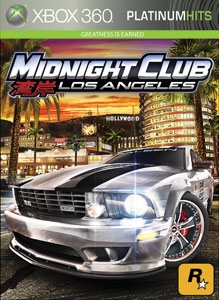 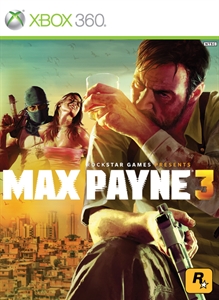 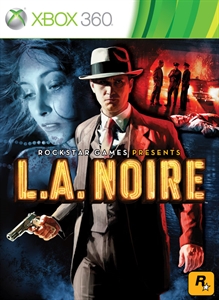