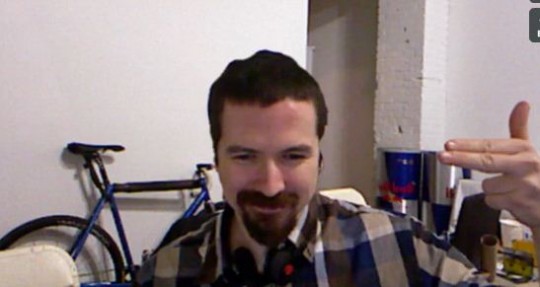 There have been many weird and wonderful Kinect hacks on the Windows PC from using the sensor as an aid with hospitals, schools, even recently as a controller on PC games such as Call of Duty 4 and World of Warcraft. Now, you can give Russian Roulette a shot – the game which see’s you blow your head off! – does that sound fun to you?

As part of an Art Hack Day project, Theo Watson, co founder of openFrameworks who doubles up an artist and designer working in the field of interactive installations created the Kinect version of Russian Roulette.

It’s a simple game to replicate the real life game of chance in which you either live or die. Whilst Kinect can’t kill you, the PC project recognises your face and your hand so long as it is in the shape of a gun. When you mimic the action of the gun’s hammer moving forward, Kinect understands that and fires a round. You have up to 1 in 8 chance of getting your head virtually blown off.

Check out the Video below: