Bud first appeared on PS4 in Grow Home, so for some Xbox One owners this will be their first experience of the little red robot – unless you happened to catch his standee in the Ubisoft office in The Division.

Crash landing on an alien planet, Bud must explore the land in order to find new abilities and collect seed samples so he can grow various flora to help him reach nine ship parts and put MOM back together – the parental ship AI.

Movement initially feels rather cumbersome, with a floaty jump – odd for a metal robot – and climbing with left and right sequential presses of the triggers. The camera is also troublesome, made worse with my habit of trying to control it, leave it be and its not half as bad.

Once you track down some of BUD’s ability pods, navigation becomes less of an issue. The jet pack and glider are particularly helpful in aiding your traversal of the sharp, geometric open-world. There’s also a Metroid-esque ball ability that can be charged to zoom across open spaces.

Beyond these abilities, BUD can also scan plants that just so happen to have helpful traits – like boosting BUD high into the sky or doubling as a ladder – most of the plants are a variation of these traits so collecting them all isn’t a necessity. Plants are made even more insignificant once you get to one of the huge Star Plants that reach up into the sky. 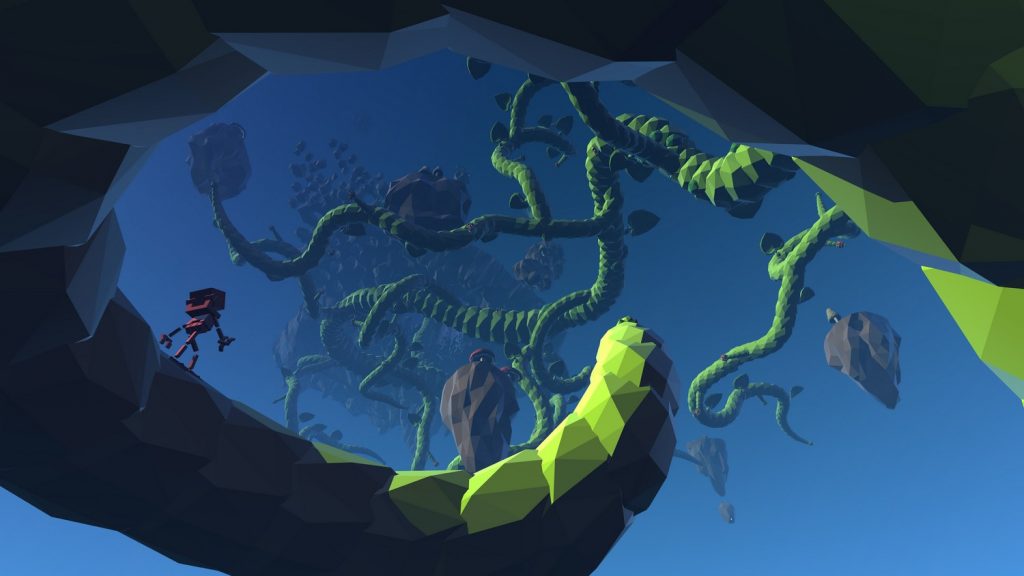 These Star Plants can be used by BUD to grow new platforms, by grabbing hold of one of the small stalks protruding from the main stalk and controlling the direction and height it grows in. He can even plunge them into glowing rocks that float in the sky. Doing so enables the Star plant to get nutrients to grow higher, revealing more stalks that BUD can sprout. It’s a wonderful mechanic that can get rather dizzying as you ascend.

To help BUD find all the ship parts, collectibles and time gate challenges, he has his best friend overhead in the sky. POD serves as your mini map, able to scout ahead over the globe and locate the next objective or find one of the many crystals, which can be collected in order to boost BUD’s battery capacity, which is drained when using an unlocked ability.

Grow Up can be as challenging as you want to make it. Once you’ve made it to the highest point on the map and unclamped a teleport pad, you can return there to glide to pretty much anywhere on the map and snag each of the missing ship parts. No need to climb or work out how to get to the other points in the world. This can take the edge off of BUD’s other abilities but means you won’t get stuck at a point in the game that seems impassable.

Grow Up is full of charm, from the whirl of old computer noises and BUD’s robotic creaks, all to the chimes of the blissful soundtrack and chirp of the wildlife. The geometric three dimensional world of BUD is a joy to explore once you get beyond the initial confusion of navigation, as well as what it is you’re meant to be doing and how you can do it. 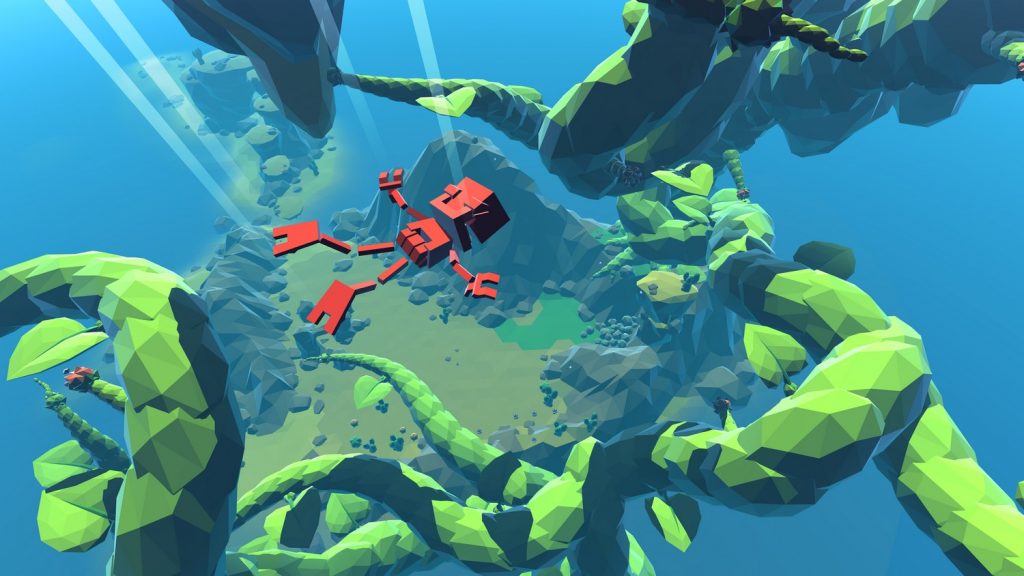 With no enemies threatening to pull you apart, your only foe is gravity. Smashing into the ground from a great height or sinking in the sea will be the only reason you need to respawn. It might not be the most challenging game, but at £7.99 it’s a steal, so sit back and enjoy it. Rush and you can find all the ship pieces in an evening but miss out on a world begging to be explored.

Thanks to Xbox and Ubisoft for supporting TiX