Sine Mora was released onto the Xbox LIVE Arcade this week, but do you reckon you’re up to the challenge to handle it with time mechanics that’ll leave even Dr Who shaking in his boots? It is a shoot em up of a very different kind offering a mix of old-school 2D fast paced shooting blended with stunning backdrops and cross section cut-scenes to show off your bullets in their best ejaculatory manner – scrap that, you probably couldn’t even imagine it! The story behind Sine Mora is every bit as eccentric as the oddity of trying to understand the in-game Hungarian voice over. It’s weird, wacky, out of this world, all but just a few ways to describe its diesel punk inspired – awesomeness…

Developed by Digital Reality and Grasshopper Manufacture, and published exclusively on the Xbox LIVE Arcade by Microsoft Game Studio’s – Sine Mora features detailed 3D fantasy backgrounds with 2D gameplay to make this a crisp as chips 2.5D experience which gets straight down to the point. No huge loading cut scenes, no mass amount of text to scrawl through as you are plunged immediately from the onset into the world of Ronotra Koss, an evil anthropomorphic bison in a wheelchair who has turned to alcoholism and crime consisting of blackmail and murder. Koss has also smuggled military grade AI robots and kidnapped a very important young girl – all that’s needed now is a group of time traveling partisans to infiltrate the Syriad; a floating fortress that guards the in-game planet. Queue, Argus Pytel, an anthropomorphic wolverine and his team of skilled pilots who are on course to protect the world from utter destruction – so this is where you come into play, and thankfully the skills of mastering a 2D plane are not as complex as flight simulators. This is easy pick up ‘n’ play controls right here – simple up, down, left and right manoeuvres, a few extra buttons to shoot and hey presto you’re a pilot.

All the characters within Sine Mora are anthropomorphic animals often referred to as Enkies – so you should get the gist by now that there’s nothing ‘typical’ about Sine Mora and the depth of the story is so vast in-between levels it’s a shame there wasn’t a downloadable book just to keep up! Cancer victims, alcoholics, posh nobles not likely to be found altogether in any other game come together to reward you for your efforts in Sine Mora – it’s certainly an experience.

Ok, so now you’ve got the point that the story is downright weird, but what about its gameplay? The main objective to completing all the levels in Sine Mora is that you must reach the end of the stage before a timer runs out and the only way to gain more time is to shoot down your foes. However, even that is not as easy as it sounds because when this game was touted as a bullet hell game, think of a word that starts with F and ends in K, some points within the game those bullets are coming at you fast and furious, but you take a time-penalty for taking damage – so plenty of shouting and screaming at the screen is required. Tongue biting at worst. Should you have any remaining time left by the time you reach the end check point this awards you bonus points. Through the manic moments and persistent burst of bullets you are (thankfully) given the ability to slow down time, but only for short periods and it helps when you really need it most! Usually you find by the time you’ve dropped that F-bomb. This genius way to challenge gamers with time pulls on your need for persistence and you’ll soon find it difficult to give up and let the game beat you.

You start each of the stages with a primary weapon and sub-weapon to assist you on your quest. The primary weapons begin quite weak initially and rely on obtained upgrade power-up tokens floating around the stages to boost their power and strength of hit on the enemies, whereas the alternative sub-weapon deals a hefty blow, but only in limited use. So this more useful to control the chaos around you in those manic moments – and better to spend more time focussing on upgrading your primary weapon for your main duties – shooting anything in your path! Consecutive amounts of enemy kills without relying on the sub-weapon and whilst avoiding multiple hits to your plane will net you a nifty high score multiplier – so if you like seeing your name rank up the leaderboards you’ll want to avoid getting hit. It’s difficult, but if you can cope under pressure, manageable.

There are four game modes within Sine Mora and sadly not one of them is co-operative play or online enabled. You have a Story Mode for playing through start to finish with limited ‘continues’ and ways to unlock the true ending. Arcade Mode offers even limited ‘continues’, cuts out the story and focusses just on the action. For yet an even shorter play experience you can choose Score Attack to revisit an unlocked stage and then finally, Boss Training to practise your targets on previously encountered Boss enemies – some of which are seriously challenging, and ginormous in size against your little effort of a plane.

When you do make it to a boss stage it just leaves you in awe – never have I encountered such a scale of a fight in any other arcade game where you are progressively defeating a huge mechanical machine in a race against time, best use of control, patience, persistence and yet even under pressure all within a space of minutes. It’s very well-presented, highly detailed and a gaming work of art – yet despite the lack of online play or co-operative modes it doesn’t feel lacking in any way, it would have been a bonus to enjoy a great game with a friend.

Some of the great aspects of Sine Mora is that who could have thought telling a story through a shoot em up could be so gripping? It’s like a fantasy novel is unfolding before you as you shoot your way from one stage to the next. Keeping each stage fresh and vibrant with magnificent 3D backdrops makes the game come alive and although at times shooting a mass of enemies can become just a tiny bit tedious, it’s not all about avoiding or shooting them as some stages offer puzzle elements and camera shifts to avoid the same-old-same feel that can occur within shoot em ups where it feels like the same level time again with just a different background – not here! With the insane story, intricate boss levels and beautifully crafted backdrops you can tell a hell of a lot fo effort has gone into creating a master piece which has surely paid off.

Sine Mora is another one of those ‘Must Have’ games that we don’t award too often. 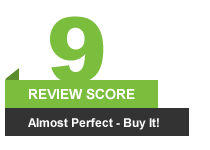