Adventure Time is making its way to Xbox One with a brand new title, Finn & Jake Investigations. Set in the Land of Ooo, the 3D adventure, developed by Vicious Cycle, will be available from November

We received a lot of fan feedback asking us to bring our next Adventure Time game to next generation consoles in 3D, and we’re thrilled to be delivering that and a lot more,

This new game is a complete departure from previous Adventure Time games. We have created an intriguing classic adventure game set in a richly-detailed 3D Land of Ooo where players can check out Land of Ooo locales, talk to characters, sharpen their creative puzzle-solving skills, defeat bad guys and just have fun.”

Check out the first two screenshots of the game below, it’s not much to go on, but I’m sure Adventure Time fans will be happy that the series is coming to Xbox One – and in 3D! 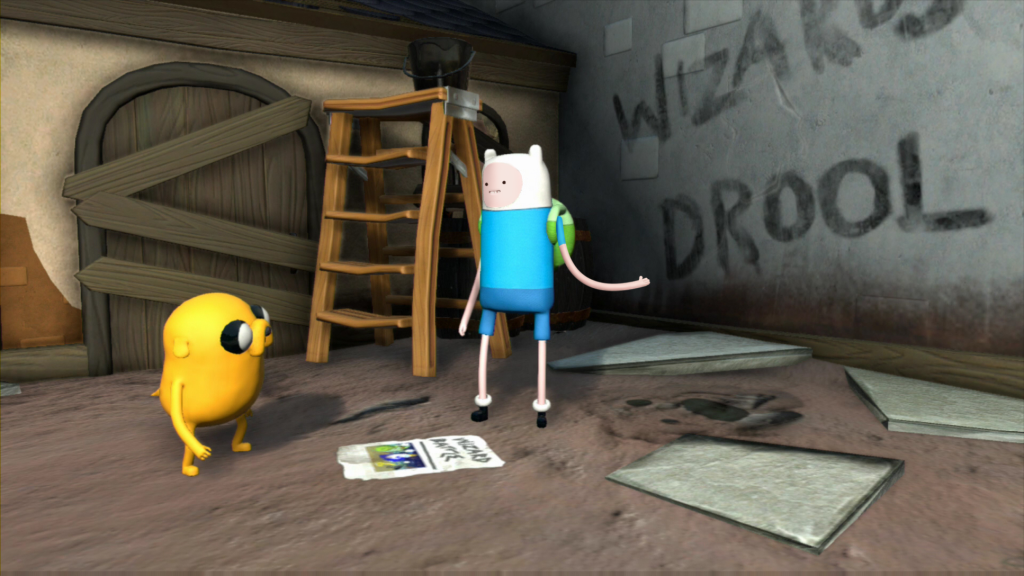