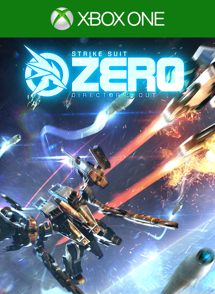 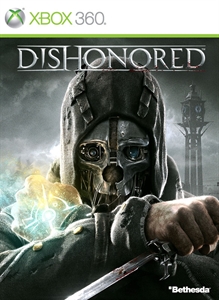 Strike Suit Zero is a game that was released on the PC over a year ago to some pretty stellar reviews. Fast forward to 2014 and it has had its release on current gen (I can say that now right?) consoles with some added tweaks and changes. This director’s cut of Strike Suit Zero even comes with some extra ‘Heroes of the Fleet’ DLC. But will you like the cut of its jib? Let’s find out.

Strike Suit Zero: Director’s Cut is a space combat simulator that harkens back to old classics such as the Star Fox and Lylat Wars days of my youth. Strike Suit Zero is a game that appears to cater to my own personal nostalgic tastes. So if you’re in your mid-twenties like I am, you just might enjoy all the occasional nods to the things that made your childhood great. Things like the appearance of 90’s hottie and X-Files legend, Gillian Anderson.

Strike Suit Zero takes place in the year 2299. You play as the rambunctious go-getter of a spaceship pilot known simply as Adams. There is a civil war going on between the planet Earth and its colonies. This is a real ‘every movie ever’ kind of plot as the colonies procure a weapon that can obliterate Earth like it is nothing more than a low-level Alderaan. Therefore, your mission, should you choose to accept it, is to stop the oncoming assault and overcome the odds through nothing but grit and determination.

Let’s talk about how it looks for a short moment. This is the next generation after all. We are yet to get a game that truly wows us on the Xbox One. Ryse: Son of Rome is the closest we’ve come to true next-gen graphics. Well don’t worry, SSZ is truly beautiful. Deep space has never looked so clean and gorgeous. It really gives me hope for what’s to come in some later AAA titles. The only time I’ve seen space look so beautiful in recent memory is in JJ Abrams’ Star Trek films. The visuals get a solid A+ from me.

The gameplay can be a little daunting at times. It’s a guarantee that the first time you enter your fighter will be a trying time. You can certainly tell that this was originally made for the PC as a keyboard and mouse would be welcome entities here. This is only in the beginning though, once you get used to the controls, you will be gunning down the enemy with flair in no time.

There’s not such a cavalcade of alternate weaponry to choose from. It’s mostly just different kinds of missiles that take a while to recharge. You’ve got some choice of fighters too. They’re not bog standard skins either, they look and feel different to each other. There’s one ship in particular that requires mentioning, especially if you’re a fan of Gundam Wing. That’s right, it transforms into a robot. You need to rack up a decent kill count before you’re able to do this, but it is well worth the trouble. The robot suit isn’t all there is to it though, one focuses on long-ranged weapons and the other on battering enemies up close.

It may sound like I’m giving Strike Suit Zero a lot of praise. There is a lot to it that’s well worth giving it a go. But in the big picture of the whole thing, I’m really not a fan. There’s a reason for my negative attitude, one that could cause just a teensy bit of backlash. It’s just way too hard. It’s not ‘Dark Souls’ hard, but it’s still a pretty annoying game that intrudes on your good time. Checkpoints are spaced so hatefully throughout the missions. You’ll find yourself often having to replay missions from the start due to Strike Suit’s unforgiving nature.

There are some growing pains in the game. Every time you blow up one of the larger ships, the frame rate just about dies a thousand deaths, and I do mean every time. Pacing is a little effed up and the checkpoint system lies right on the axis of evil. These are but a few niggles about the game, but they are pretty big ones. The game looks beautiful, handles extremely well, and may make you let out a little fanboy yelp in some of its most nerdy references.

On a personal note, this is one of the hardest games I’ve ever had to review. I really don’t enjoy it, but I like it. What a horrific catch-22 this has been for me. I had to do a literal pros and cons list to come up with a score for this one. But in the end, I found that the things I liked most about the game were nothing more than pleasing aesthetics (aside from the solid control system). This is why sadly, I must give this game a…

In the year 2299, an interstellar war rages on. In a bid to save Earth from destruction, you must take control of the Strike Suit – a revolutionary fighter craft with the ability to transform into a lethal suit of space armor. Immerse yourself in massive fleet battles where your dog-fighting skills will directly affect the fate of the cosmos.

Engage intelligent enemy fighters and take on colossal capital ships, exploiting weak points in their super-structure to blow them apart. Upgrade your ships and customize your weapon load-outs to tailor combat to your tastes.

Arriving digitally on Xbox One this March at £14.99, Strike Suit Zero: Director’s Cut drops players into furious space combat, battling at the helm of an awe-inspiring Strike Suit – a starfighter that can transform into a devastatingly agile mecha on command. Players will face colossal capital ships and swarms of enemy fighters in large-scale fleet battles to turn the tide of war and save the Earth.