Build a legend in Castles 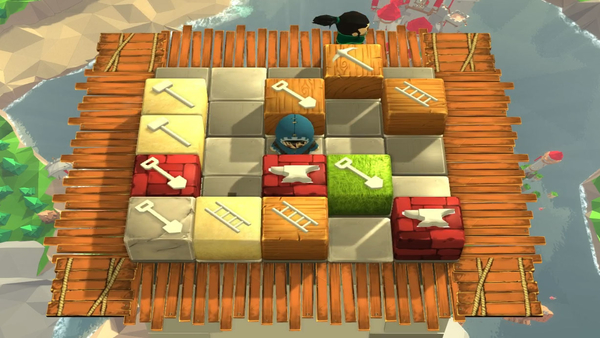 When I was younger (oh no, here he goes again), there were some great puzzle games out. The likes of Puzznic used to keep me entertained for hours. I miss that kind of challenge with the games that are out now.

That could be about to change.

Whoot Games, a group of degree students in video game creation have created Castles that might just be something to scratch this puzzler itch.

Castles tells the story of King Harold. Harold’s greatest achievement is the tower that you are trying to build. Along the way, you’ll encounter unpredictable weather and the efforts of the jealous King Edmund to thwart your progress.

The game will feature three modes, story, survival and competitive, with single or multiplayer options. It boasts over 50 levels of randomised gameplay in story mode, meaning that you should never play the same game twice.

You control an engineer, tasked with moving the blocks on the construction board. Up for grabs are 7 different materials and 7 different tools, making several combinations. Match 3 of the same blocks of materials or tools and you’ll earn that item. Complete the set list of tasks of items to win the level. Simple, right?

Have a look at the trailer and decide for yourself.

Castles has just had it’s release date confirmed on Xbox One for the 15th of September 2015.